Sunday, 13th October 2019
The participants arrived at Lisbon and were received by their hosting partners. For some of them it was time to explore the city and visit some pf the most iconic monuments.

Monday, 14th October 2019
In the early morning partners were taken to INETE and had the opportunity to visit the school. Followed a meeting with the Headmistress and the hosting team. During the morning period, it took place the Kick-off Conference with experts from several Portuguese institutions, Professor Drª Gina Tomé, from the research team of Faculdade de Motricidade Humana - Lisboa; Drª Inês Andrade, from de NGO – No Bully; Inspector Víctor Agostinho, from Criminal Police - Polícia Judiciária Cybersecurity team; Dr. David Ruah from Real Colégio de Portugal and OSCE’s specialist against extremism.

The Erasmus Staff team had a lunch at School canteen and had the first opportunity to taste Portuguese gastronomy – Caldo verde, roasted stuffed meat and maçã assada. In the afternoon teachers did a walking visit to Lisbon historic downtown and took the first impressions of its irregular topography by which is named the city of the seven hills.

Later, the whole team had the welcome dinner at a local restaurant – O Raposo – and again had the opportunity to taste Portuguese food and wine. 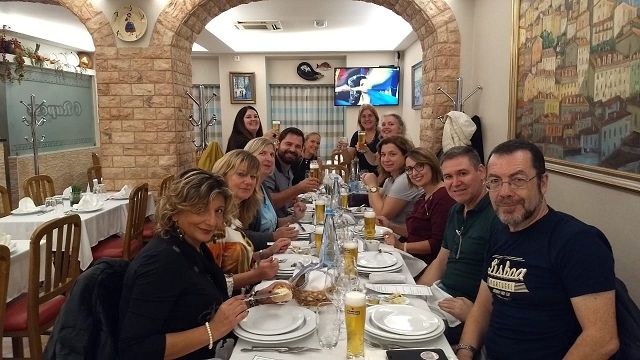 Tuesday, 15th October 2019
In the morning, it was time to develop activities of Class Immersion with the students who are taking part in this project. Each group developed a class dynamic with their colleagues, one element of the Hostess team, their Pedagogical Tutor and the teacher with whom they were having classes. This dynamic was divided in three stages: Film projection; Group debate; Class sharing group’s conclusions. The movie – “Bully” - is about Bullying and how to deal and manage with bullying situations. The groups did a reflection about the victims’ empowerment and bullies’ integration.

After coffee break, there was a second moment in our work with the discussion within the team about anti-bullying strategies in different schools and countries. Share and discussion about teachers’ experiences. In the afternoon it was free time to cultural and leisure accomplishments. 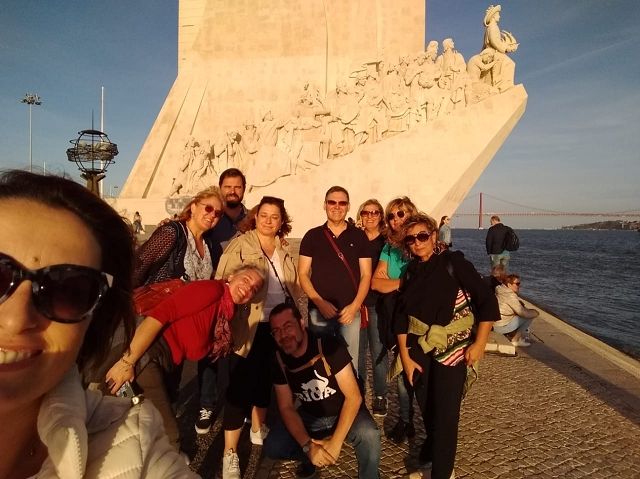 Wednesday, 16th October 2019
In the middle of the Staff mobility week it was scheduled a Project meeting with the partners. Held in the morning, the group made a joint analysis of the developed work, discussed the first intermediate report and planned the dissemination activities for the second project year. In the afternoon it was free time for the participants who discovered many interesting sights in Lisbon.

Thursday, 17th October 2019
Day for the excursions and visits to the most important historical monuments at Sintra, an historic village 30 km away from Lisbon, and Quinta da Regaleira, a true romanticism icon.The team had lunch at Hotel Sarrazola in Colares, a pedagogical program run by Escola Profissional Alda Vasconcelos, a vocational school. After lunch, in an effort to promote the creation of a network within the European schools, the team talk to a group of students and their teachers about the topic and also about Erasmus+ projects. After Dissemination, the visit continued within the natural patrimony of Sintra-Cascais Park, namely Cabo da Roca, the most occidental point in Europe, Guincho, Cascais and Boca do Inferno.

Friday, October 18th 2019
In the last day of the mobility the team attended the conference “European strategies Political and “Civil Society” with experts from several Portuguese institutions: Dr João Costa,  State Secretary of Education; Matia Losego from International Amnisty, Rui Pereira from Zero em Comportamento - a cinema producer who is releasing a movie  - Desculpa - about Bullying in Portuguese theaters and in which each film session is followed by a discussion between the viewers and a specialist in this topic. 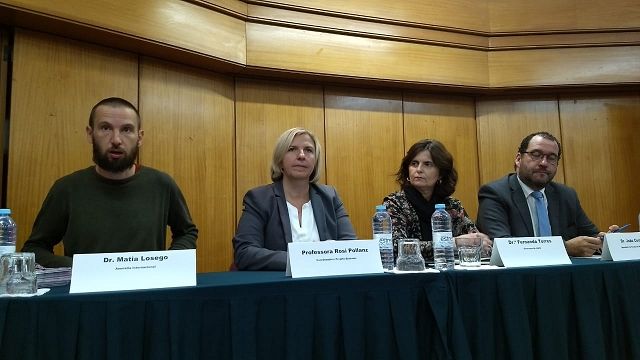 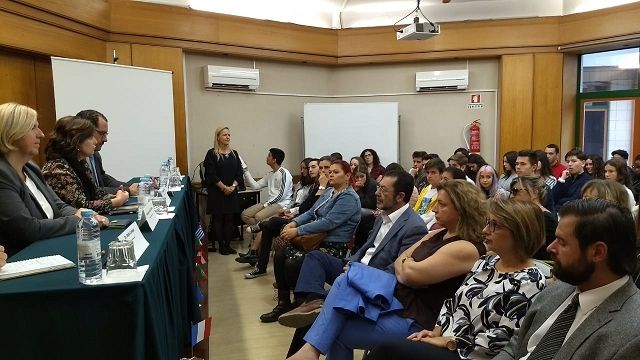 At the end of the conference, students who are participating in Erasmus Club, gave their testimony on how joining this project has made them raise their awareness to respect others, to live in a more tolerant world. This was a real important moment to create a wider consciousness in schools of our commitment towards a better society, beginning now with the support and safe environment we create in our schools. After the conference it was time to evaluate the work done during the week and all the items regarding the organization of the week. Dra Fernanda Torres, INETE’s Headmistress delivered the Certificates of participation to all. It was also time to exchange presents under Erasmus+ spirit. 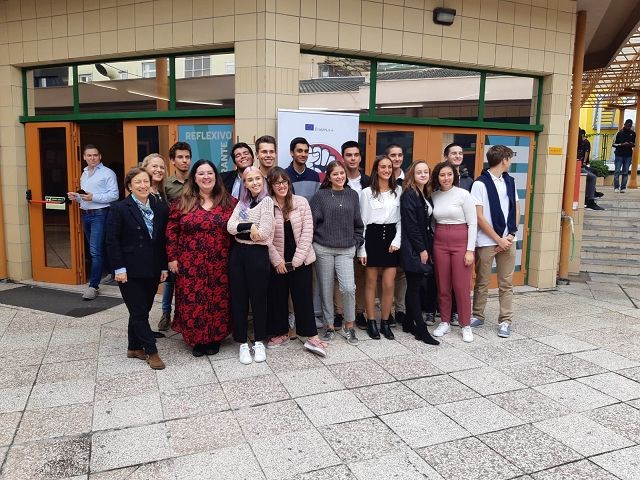 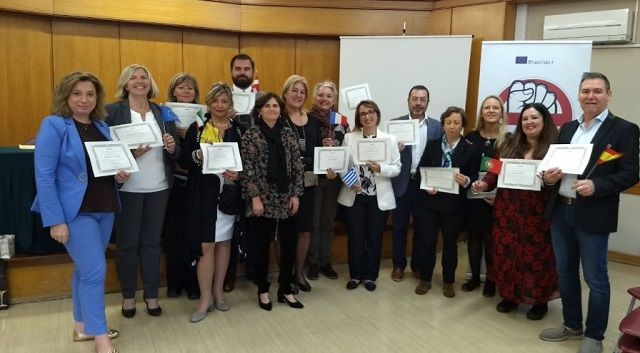 In the afternoon, it was time to visit new places and enjoy Lisbon before Farewell dinner. The Erasmus Team dined at a traditional restaurant called Cantinho da Amizade ( Friendship’s corner) where they attended a Fado concert performed by elder guitar players and singers as it is tradition in the streets of Lisbon. 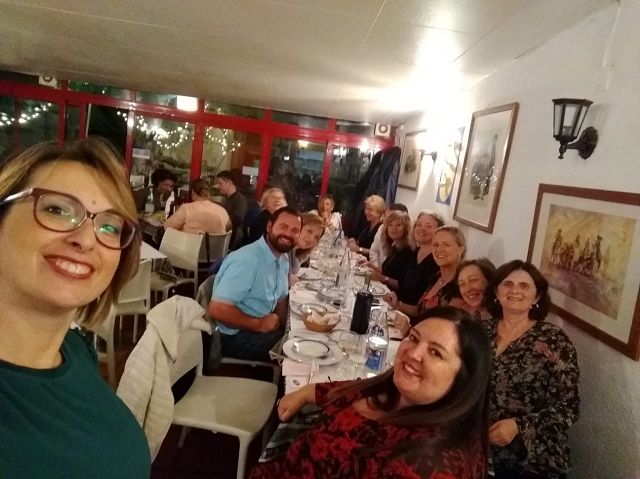 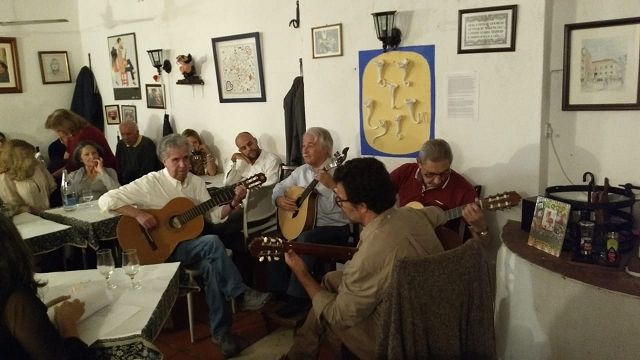