The first cross student exchange was hosted by IES Joaquín Turina in Seville and took place from 17th to 23th of February 2019. 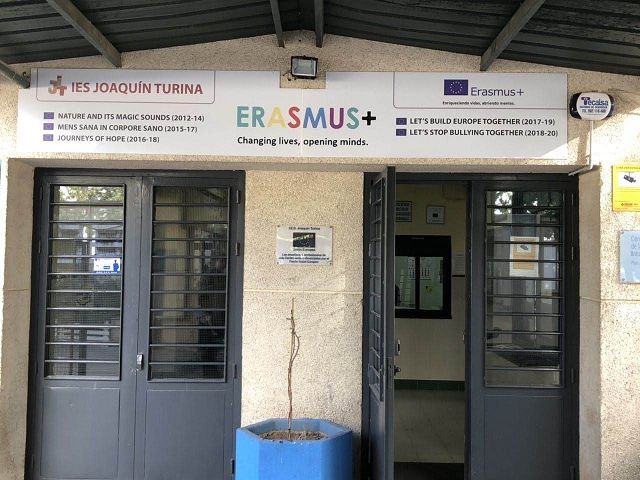 Sunday, 17th February
The French team arrived at the Seville airport, and then the Portuguese team by bus. They were picked up and taken home and the teachers to their hotel. A welcome dinner was arranged for the teachers at a restaurant nearby the hotel. They were joined by the headmaster and other teachers participating in the project. 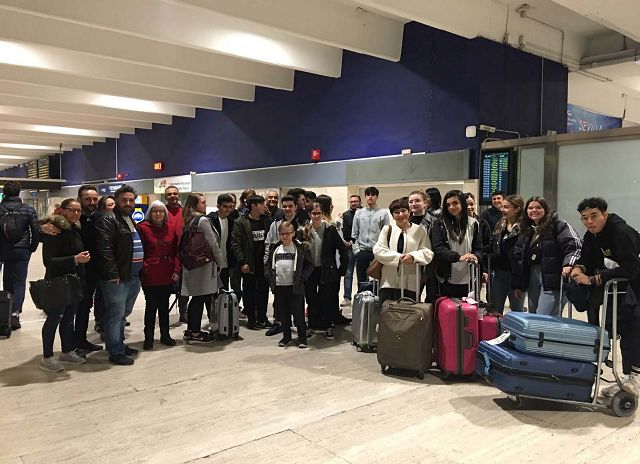 Monday, 18th February
Our guest students were welcomed. They enjoyed all the interesting activities arranged by our school. To start with, we did quite a few icebreaking activities and after that, they took a masterclass in image and Aesthetics given by a history and a French teacher (Mr. Paco and Mr. Ramón). Later on, the students had a break: they went to the playground and had their sandwiches. After this well-deserved break, they resumed their activities with a project work where they were offered PowerPoint presentations and other works. Then, they were given two classroom immersions; a foreign language one by Mr. Ramón and Mr. David, and a Spanish language one by Mrs. Teresa. Finally, we had a welcome lunch, enjoying a chicken paella together with some drinks. 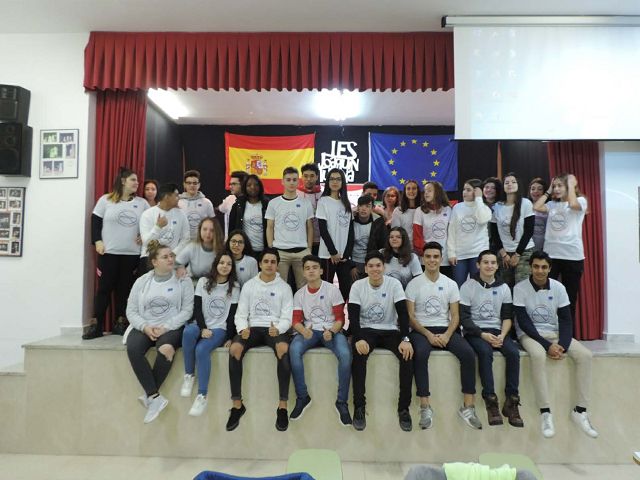 Tuesday, 19th February
The students went sightseeing on an excursion to the heart of the city, a really stunning cultural visit to Seville, guided by two outstanding specialists in history and art (Mr David Sánchez and Mr. Fernando Hidalgo). They had a first contact with the cultural centre, they walked its streets and visited its main monuments and places (Royal Alcazar, Cathedral, Santa Cruz neighbourhood, Plaza de España, Maria Luisa Park, etc.). 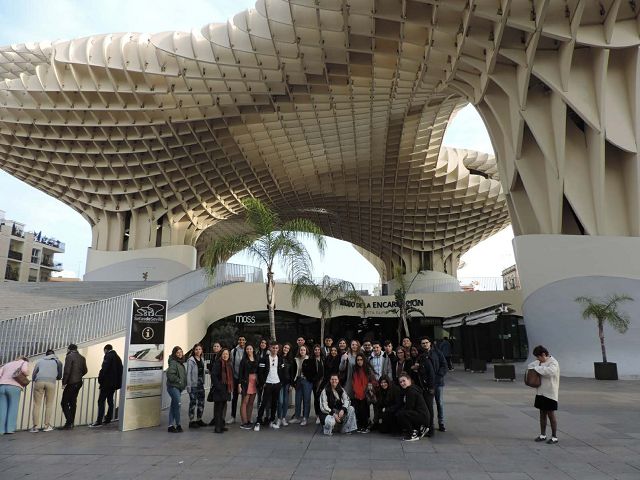 Wednesday, 20th February
Our students made the most of the day with both indoor and outdoor activities; On the one hand, they had a workshop on how to prevent and fight bullying at school (conducted by the psychologist Mr. David J. González). On the other hand, they went canoeing at the Guadalquivir River. They went to the High-Performance-Sports-Centre of Seville and there they learnt and practised canoeing on the river. 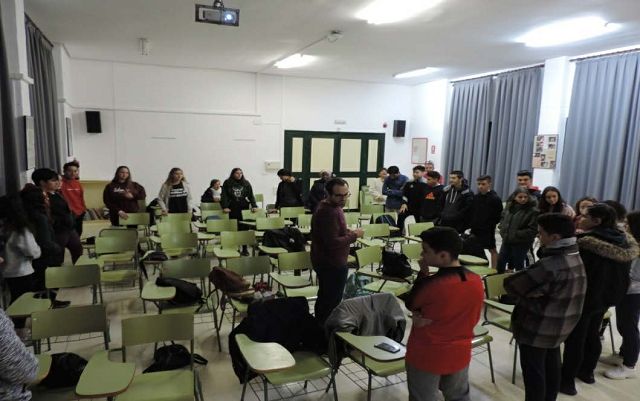 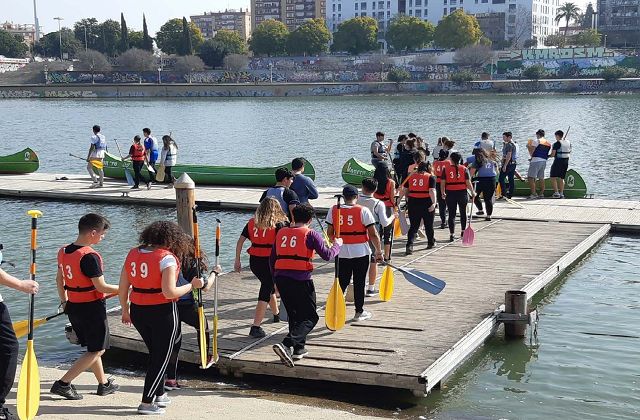 Thursday, 21st February
We went by bus to the old city of Cordoba, guided by our best specialist in English and art (Mr. David Sánchez). We visited the Cathedral (Old Mosque), the Calahorra Tower and the Roman Bridge. We had lunch there at a typical restaurant. 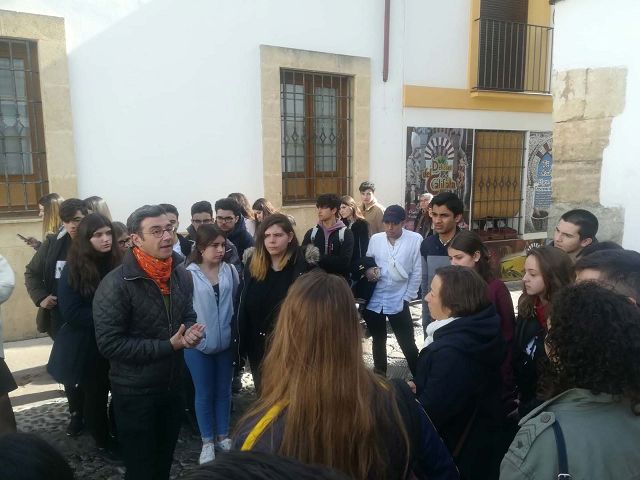 Friday, 22nd February
We worked and enjoyed different activities related to English as a foreign language and History. Then, the dissemination activity, where we visited the primary schools nearby in the area and let them know our project. After that, our students returned to our school during the break and started preparing the video of the week and evaluation. Each country chose a group of four students, meanwhile, the other students went with their partners to their class. Every group made a video summarizing all the activities, workshops, conferences they participated in through the week. There was a prize for the best video. Finally, from 5 to 6.30 pm, the farewell event and concluding remarks took place. We displayed the videos, photos and other results related to the activities we carried out. Parents who hosted foreign students were also invited, ending with a little snack together before saying goodbye. 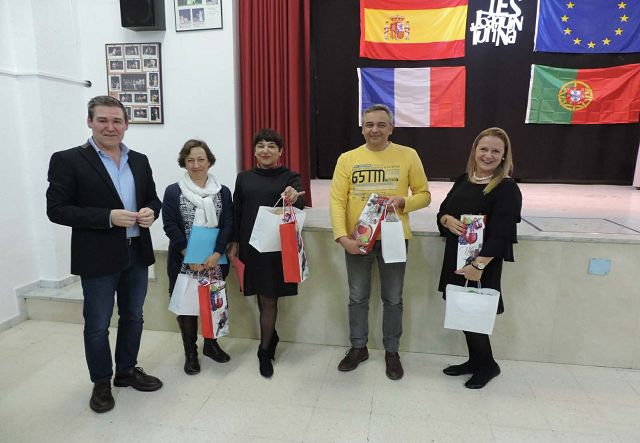 Saturday, 23rd February
After an amazing week, the participants had to return to their countries. We took them to the airport as well as to the bus station and said goodbye.